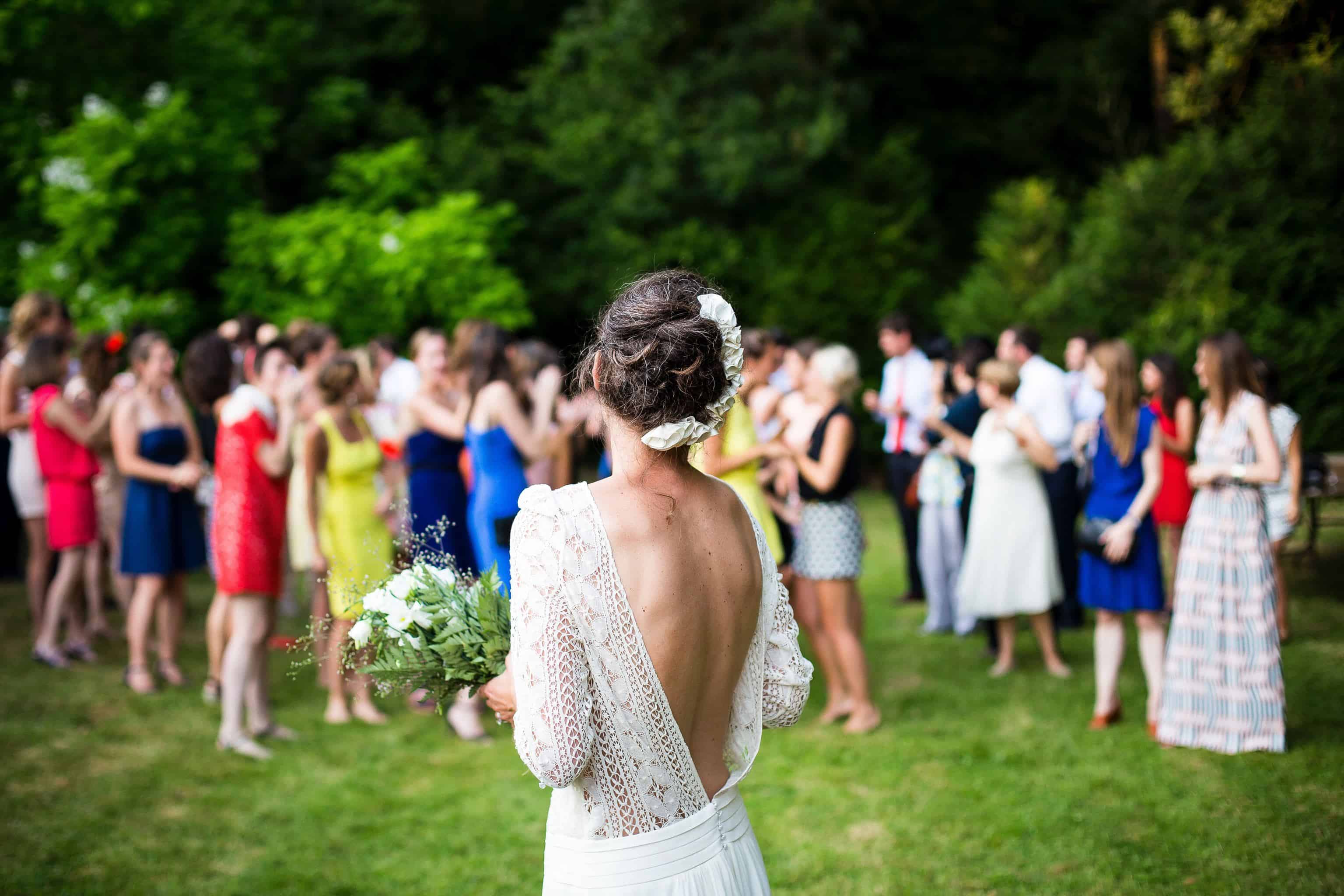 Tossing the bouquet is one of the most awaited moments in a wedding. And if you think that randomly selected wedding songs can do justice to it, you are wrong. Continue reading this guide to learn all the important things about the bouquet tossing ceremony, including an extensive list of the best bouquet toss songs of all time.

What Is a Bouquet Toss?

The bouquet toss is an old wedding tradition that continues to be celebrated in modern times.

It is a part of wedding ceremonies and receptions in which the bride tosses the wedding flower bouquet behind her head for the single women to catch.

Whoever catches the bouquet in their hands is considered to be next in line to get married.

Origins of the Bouquet Toss

During the middle ages in England, brides were considered to be symbolic of good fortune and purity. The unmarried female wedding guests would often rip off a piece of bride’s dress or bouquet thinking that it would bring them good luck and glad tidings.

This made some brides uncomfortable and they began tossing away their bouquet to escape the attacking crowd.

Later on, this practice became a formal part of wedding receptions and different cultures incorporated the bouquet toss as a fun wedding activity.

What is a Good Time for Bouquet Toss?

Traditionally, the brides toss the bouquet towards the end of the reception or when the newlywed couple is about to leave. If you like keeping things conventional, it is a good idea to schedule the bouquet toss after the dinner or cake cutting ceremony.

In case you want something different, you may consider tossing your bouquet at the very beginning of the wedding reception. It can be a great way of getting everyone involved and kick-starting your party at a high note. Build the mood by playing some brilliant bouquet toss songs in the background as you walk in!

The best song for bouquet toss is one that fills the room with energy and joy! This exhaustive list of bouquet toss songs can be used according to whatever mood you want to set.