40th Anniversary Gift Ideas for Him and Her 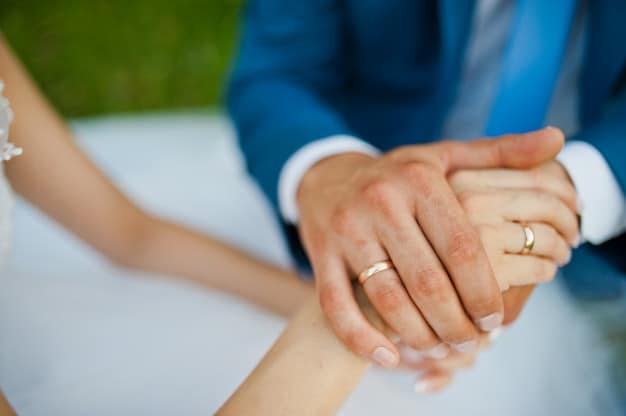 How to Celebrate a 40th Wedding Anniversary?

To celebrate the 40th anniversary of a marriage is a fantastic achievement, and is a testament to love, strength, and unity for both members of a couple. That’s why choosing the perfect 40th anniversary gift to mark the occasion is so important.

In this article, we’re going to suggest some suitable 40th anniversary gift ideas for couples.

What is the 40th Anniversary Symbol?

For the 40th wedding anniversary gift, the custom is to offer a present featuring a ruby. The gemstone is thought to represent an eternal internal flame, reflected in the strength and longevity of the marriage.

When it comes to flowers, gladiolas or nasturtium blooms are the traditional options. As the nasturtium is the symbol of victory, 40 years of marriage can be considered as a victorious and strong marriage. While these flowers are available in a variety of colors, deep or ruby red is, of course, the most suitable option as it’s more closely associated with the 40th ruby wedding.

Ruby red roses are also a romantic and appropriate choice of flowers too.

40th Anniversary Gift Ideas for Her

For a personalized and unique gift, you can’t go wrong with a cutting board featuring both the couple’s names. This rustic and oaky cutting board doubles up as a cheeseboard and is a great gift for the couple that loves to entertain. Foodies are sure to love it too!

To really impress your wife on your 40th wedding anniversary, gift her with this stunning vintage ruby ring. Light, dainty, and delicate, it’s the perfect piece of jewelry to celebrate that important 40th anniversary milestone. You’re sure to be in her good books for weeks!

If you want a more personal approach when exploring Valentine’s Day gifts for wife, consider a comfy pillow. Customize this piece with the message of your choice and offer a unique item to your partner.

Of course, you can’t go wrong with a beautiful bouquet of nasturtium, gladioli, or ruby red blooms. After all, what woman doesn’t appreciate stunning flowers? Make sure to pick a traditional 40th anniversary bunch to mark the occasion.

40th Anniversary Gift for Him

Wondering what anniversary gift to choose for him? To work with the ruby theme, this burgundy necktie is perfect. He’s sure to look dapper at the next formal event wearing it!

Make sure he arrives on time to your 40th anniversary dinner date with this smart wooden men’s watch. It has the option of engraving too, so you can leave a special message to let him know how much he means to you. Handmade and unique, you won’t see many watches around like this beautifully crafted device.

For the whiskey lover, you can’t go wrong with this handmade liquor dispenser. Wooden and offering a vintage look, it will look great in any kitchen, dining room, or bar area. He’ll love that he can make a whiskey on the rocks whenever he pleases.

Give your husband a touching tribute to your marriage with this customizable photo plaque. Why not choose one of your wedding photos to feature in the frame, as a mark of your 40th wedding anniversary? It will look great standing on the mantlepiece.

Perhaps you’re searching for 40th anniversary gift for parents. For your mom, she’ll be truly touched with this gorgeous pair of ruby earrings. Handmade with brass, gold, and stone they’re a quality pair that should stand the test of time.

Have your parents got a favorite song that they feel represents their marriage? Then they’ll love this personalized canvas gift using sheet music. Turn any song into a beautiful and unique artwork piece that will brighten up any home.

Get your parents feeling nostalgic with this family tree picture display. The creative display features 10 hanging picture photo frames, which can be filled with precious family snaps. Your parents will be touched at the thought!

Whether you’re penning a meaningful anniversary card to your other half, or you’re writing one for your parents celebrating their 40th anniversary, you’ll want to get the message right.

After all, it’s a special occasion and you want to show your true feelings in the message you convey.

To write an inspiring and heartfelt message, check out our guide to writing the best anniversary wishes here. And we also have a collection of anniversary quotes for her that you can choose for the anniversary card.

Whether you’re celebrating an anniversary with your better half, or a couple special to you are, by choosing a 40th anniversary gift on this list you’re sure to impress.

Your best bet is choosing a gift that features the ruby color or gemstone in some way, to truly celebrate a 40th wedding anniversary traditionally.